What's In a Name? 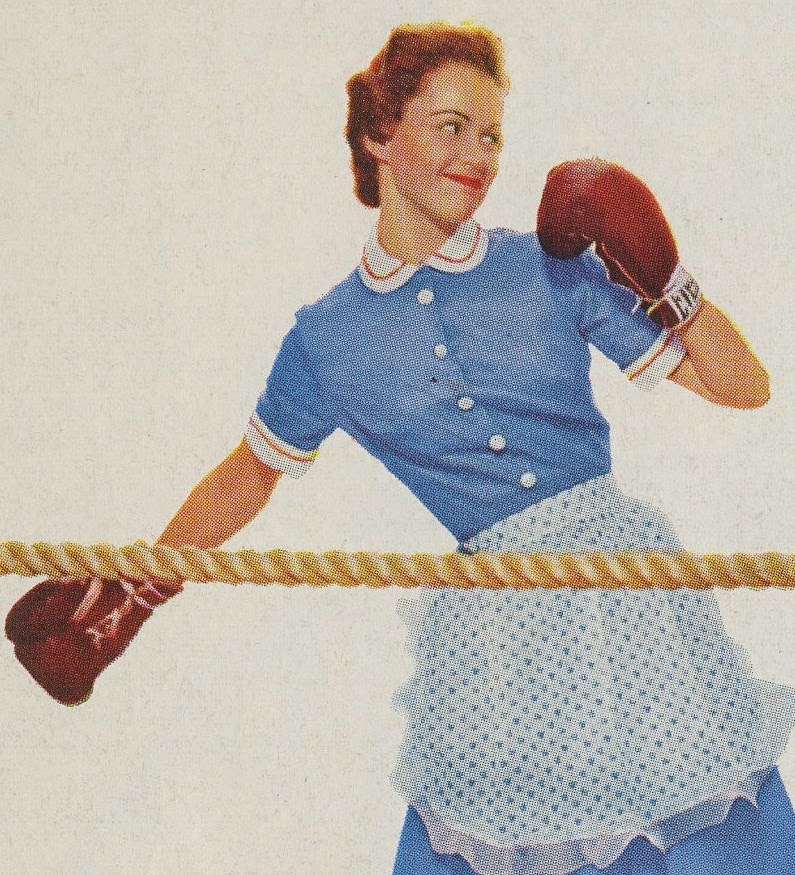 I don't care what you say about me,
just be sure to spell my name wrong.
-- Barbra Streisand

When we can slap a label on someone, we can know what to expect from them. The problem is, a label on a person doesn't tell us a single thing about what's on the inside. And people are not about their packaging. People are only about their contents, and may surprise us if we'll allow them to step away from the label we've created and show us something more detailed and accurate.

It's unfortunate that, unlike products, we're not required to wear any info about our insides on our outsides.

I'm amazed at the problems the word "feminist" seems to be causing in Mormon circles these days. I've considered myself a feminist since as early as I can remember considering myself at all. My dad once told me that he thought it would be confusing to be one of my children, because you would never be sure whether Santa Claus was a man or a woman. I took it as a compliment (not intended as one) and an indication that I was doing my job right.

But I don't consider myself a Mormon Feminist. Just a Mormon. Who's also a feminist. Is there a difference? Well, who gets to say? 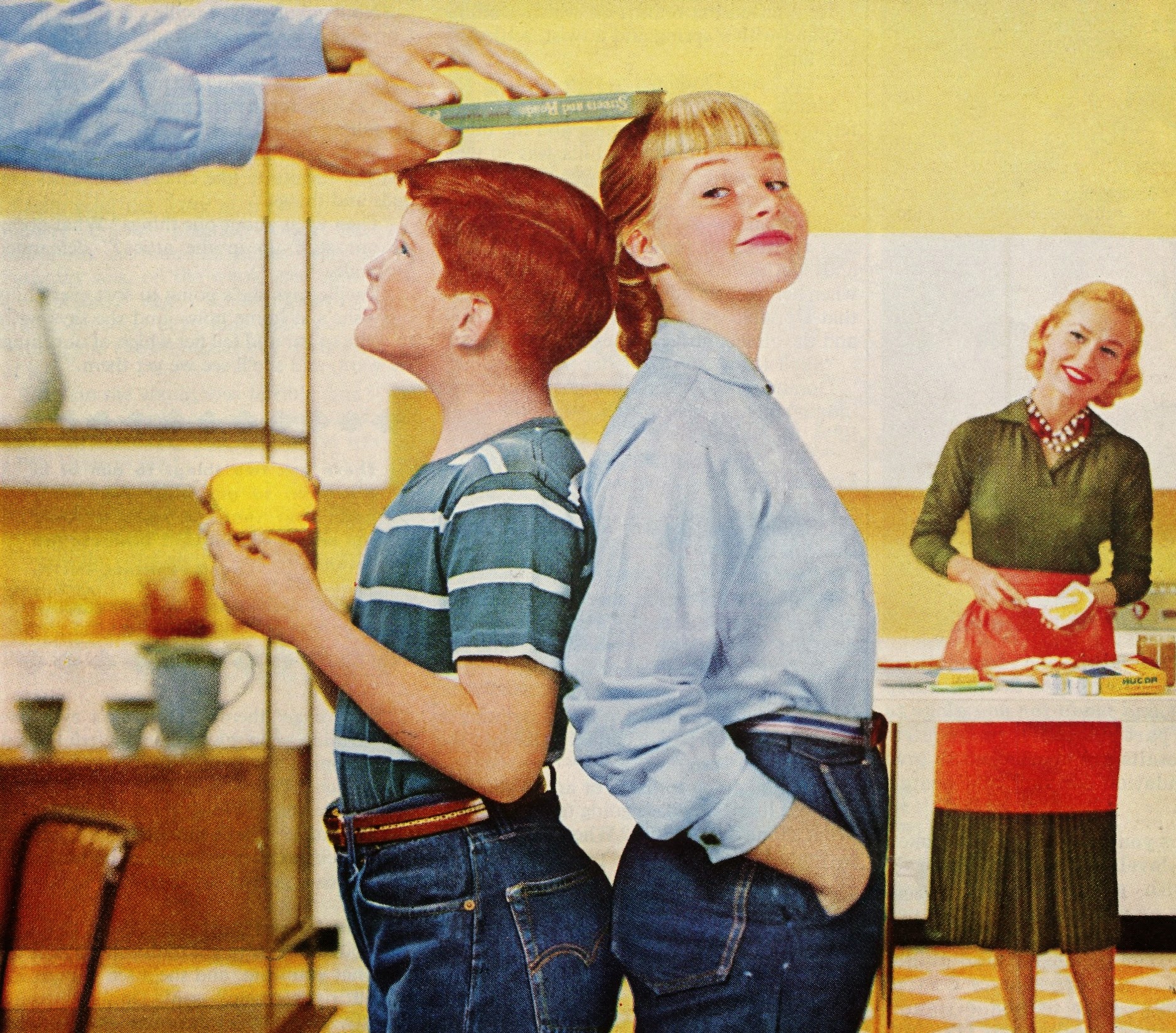 I feel like if I popped up here and said, "I'm a Mormon Feminist" half the Mormons I know might stop reading.

If you didn't just stop reading, let's think a little about this. It seems that, especially with the approach of General Conference and the Ordain Women movement planning to show up at the priesthood session again, Mormon Feminist is suddenly synonymous with wants the priesthood. And I sorta wish people hadn't hijacked my label.

Not that I have a thing in the world against OW. I sympathize with anyone whose church experience has caused them pain. I want to see everyone succeed on their journey of faith. And I believe the 9th Article of Faith to be a clear statement that the church as an organization will remain fluid, because that's a good part of the point of having a living prophet. So He can keep revealing great and important things.

Search, ponder and pray is more than just a catchy song, it's supposed to be our entire approach to living the gospel. It's where this whole thing started, and we should expect to continue to see it in action.

But I don't want the priesthood. Actually, it would be more accurate to say I don't really care about that at all. I'm more of the mindset that we should just continue to let the men think they're in charge. Because that's much easier (*wink).

And that probably tells you everything about what kind of feminist I am. I do believe we have some serious gender equality issues in the world, with some that are unfortunately unique to the church. Also marginalization, some serious mixed-messaging, some double standards...and we need to fix those things. And talk much more about them. But personally, I feel I have all the priesthood I need.

As a Relief Society president, my grandmother used to go around giving blessings to the pregnant sisters before they would deliver. That was part of her job. It's a well-documented fact that women used to do things like that. Surprised? I was. Why we've tried to obscure that history a bit, I'm not sure, but I hope we're going to see that change. Until then, I guess I'll keep reminding people. I brought it up once while teaching Relief Society some years back and watched a roomful of eyebrows shoot up. I half expected to end up in the principal's office.

But why not be reminded that our culture could always use a little tweaking? That our women may currently be under-utilized in getting the work done? In the world of the church, there's often a lot more in the culture than in the explicit doctrine. The culture isn't always true. And we can improve it.


Anyway, the Church seems to have put both feet in it with their official response letter to the leaders of Ordain Women. If you haven't been following the fight, it's probably a good thing. Because the back-and-forth between supporters on both sides won't make you feel better about...well...anything to do with either side.

My problem with the letter was that I felt it could have been written by, if I had to create a label, Sister Robot. That disappointed me. What I wanted to see was a real response from a real person with a real voice talking to real people about real things. Because to the women who have raised this issue, everything about it is real.

Why wouldn't our leadership sit down with those who are asking and have an actual conversation? Not through Church Public Relations, but in a private forum? The public response came across as a bit shaming, and unfortunately that seemed to throw a spark on the kindling for those who were already suggesting that perhaps the Church and these faithful feminist members should part ways.

And I KNOW that's not right. What we have here must be a failure to communicate. If we could rewind and rewrite the whole scene, I feel sure we could eventually get it right.

Pres. Uchtdorf seems to be the one who has been charged of late with handling border patrol. The kind that keeps people in. And they seem to have picked the right man for the job. I see him quoted so often, I get the sense that there are some members hanging by the thread of his every word. That's a lot of pressure, and yet I have perfect confidence in his ability. Because he seems genuinely interested in using the reach of his calling to promote a feeling of inclusion. In rounding up the ones who are teetering on the edge and gently coaxing them to stay awhile longer and see if we can't work out our differences.

He's become a human doorstop of sorts, keeping it propped open. And somehow he comes across as having looked at things from both sides of the door.

If all it takes is a few kind, inclusive, inviting lines to keep people hanging in, can't we have more of his kind of talk? I hope we will. Christ said hard things, but consider the part of the audience to whom they were usually addressed. And his message was never, "Don't let the door hit you on your way out."

I have no idea where it came from, but years ago I read a quote that was something along the lines of, "When those on the perimeter leave, the boundary shrinks toward the middle." It's become one of my favorite churchy ideas. We can't allow that here. Our church is all about growing its boundaries, not shrinking them. If we want to cover the earth, we're never going to make it by circling the wagons. Suggesting that those who are questioning, advocating or even actively agitating for change might be happier if they leave is completely counter to what we are supposed to be about. What's going on?

I'm a perimeter girl. I like the corner and edge pieces of brownies, the outside ring of the cinnamon roll...and I choose my seat based on whatever is closest to the door. That's everywhere, in a movie theater, a concert or a church meeting. I value the quick getaway over the unobstructed view.

I'm not sure that always earns me points in church. I've heard it hinted at more than once that consistently sitting in the overflow may have metaphorical implications. As if where I sit is somehow a reflection of my level of spiritual engagement. I even had a friend who was once told explicitly that her family may be in danger of apostasy because of their constant choice of seats in the back. I said it then (after I laughed), and I'll say it now: Nonsense. But inside, she wasn't laughing. I'm glad she's still sitting anywhere at all.

So when I considered names for my blog, the overflow came immediately to mind. I'm comfortable there, and it's for my own reasons, none of which have anything to do with the reasons that others might assign to my behavior.

Are there people for whom sitting on the edge in the back signifies something more? I have no idea.

But if that were true, we should probably all want to sit back there with them. In case they have questions, or need to talk, or are trying to decide whether to come back again next week. Shouldn't we each be in the business of border patrol?  Every member a border guard...it doesn't have the alliteration that every member a missionary does, but the effect is the same. And so is the responsibility.

A little less name calling, please. And a little more storytelling. I'm Susan, I'm a dyed-in-the-wool Mormon, and the same kind of feminist.

And Santa Claus? Well, have you ever actually seen him? Me neither. So I'd say your guess is as good as mine.

Mormon, mother, writer, maker, back-row sitter, over-thinker, prone to wishing I had spoken up...which is why I am doing so now.

"The pursuit of truth will set you free. Even if you never catch up with it."
- Clarence Darrow
"Perhaps it is how we are made; perhaps words of truth reach us best through the heart, and stories and songs are the language of the heart."
- Stephen R. Lawhead
"Stories often pack more punch than sermons. Want to make a point or raise an issue? Tell a story. Jesus did it."
- Janet Litherland

"Their story, yours and mine -- it's what we all carry with us on this trip we take, and we owe it to each other to respect our stories and learn from them."
- William Carlos Williams


"It's your obligation to speak things that have truth, because this is your life's work."
- Judith Black

"Leave safety behind. Put your body on the line. Stand before the people you fear and speak your mind - even if your voice shakes. When you least expect it, someone may actually listen to what you have to say."
- Maggie Kuhn
"It takes a thousand voices to tell a single story."
- Native American saying